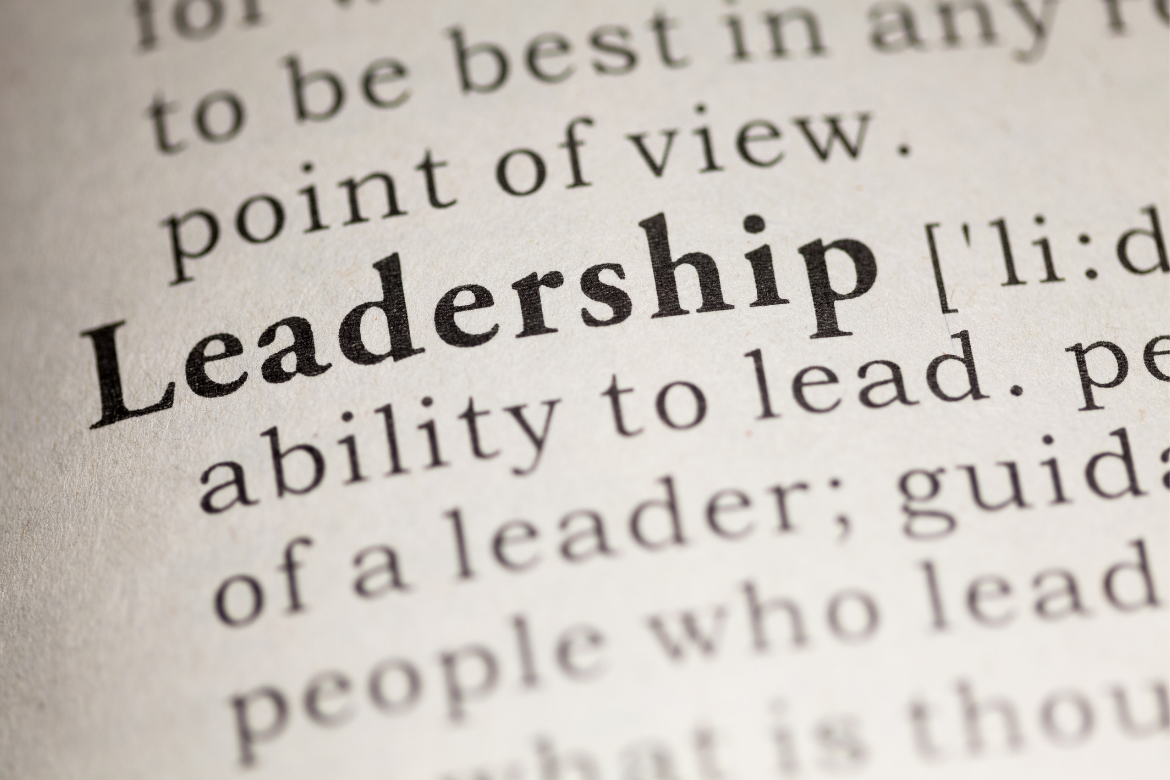 “Leadership and learning are indispensable to each other.”
—John F. Kennedy

No matter how you define leadership, or your experience level—these wide-ranging books offer something to inspire every reader, from CEOs to Small Business Owners to Little League Coaches! 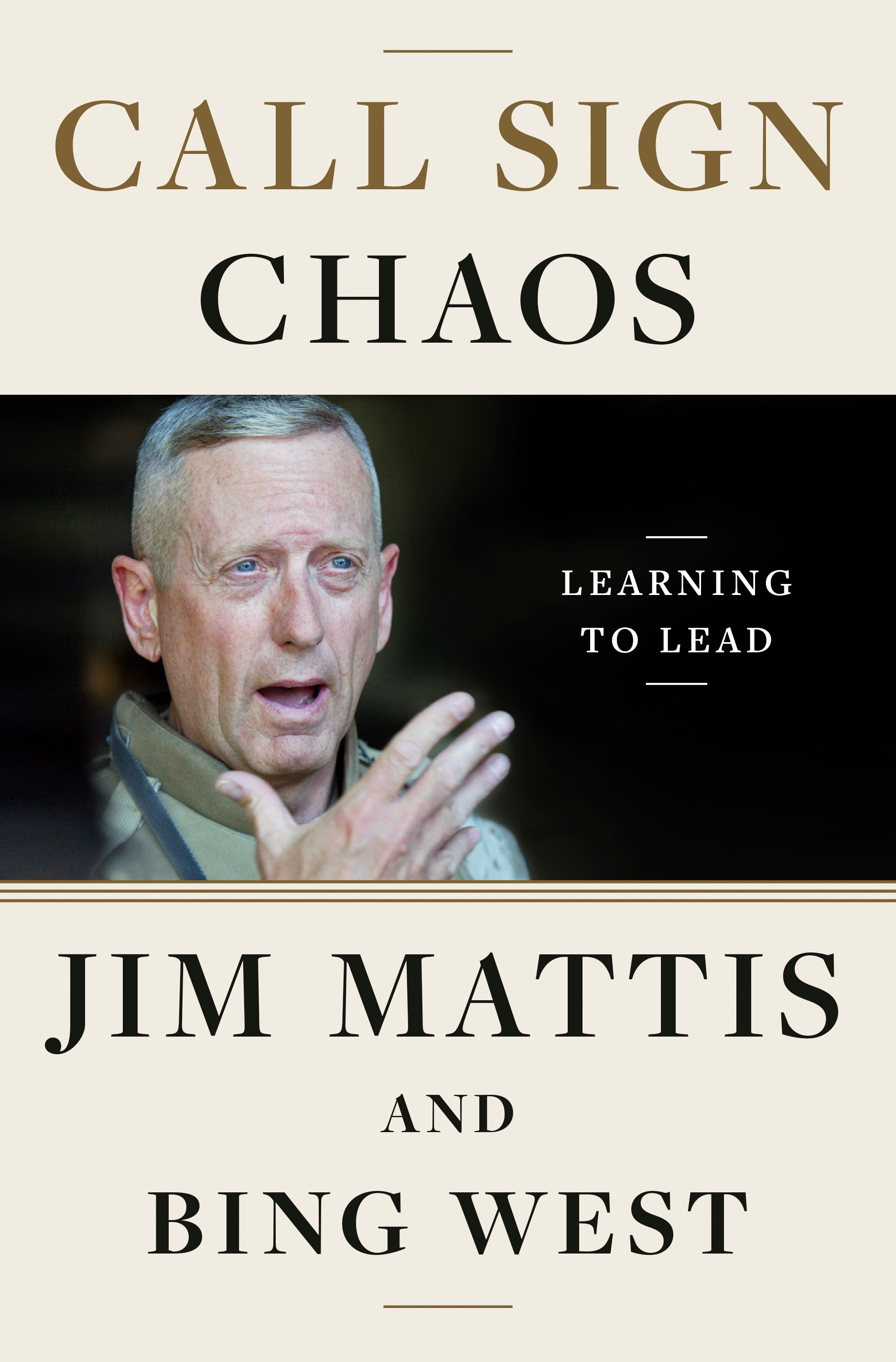 A clear-eyed account of learning how to lead in a chaotic world, by General Jim Mattis—the former Secretary of Defense and one of the most formidable strategic thinkers of our time—and Bing West, a former assistant secretary of defense and combat Marine.

Call Sign Chaos is the account of Jim Mattis’s storied career, from wide-ranging leadership roles in three wars to ultimately commanding a quarter of a million troops across the Middle East. Along the way, Mattis recounts his foundational experiences as a leader, extracting the lessons he has learned about the nature of warfighting and peacemaking, the importance of allies, and the strategic dilemmas—and short-sighted thinking—now facing our nation. He makes it clear why America must return to a strategic footing so as not to continue winning battles but fighting inconclusive wars.

Call Sign Chaos is a memoir of a life of warfighting and lifelong learning, following along as Mattis rises from Marine recruit to four-star general. It is a journey about learning to lead and a story about how he, through constant study and action, developed a unique leadership philosophy, one relevant to us all. 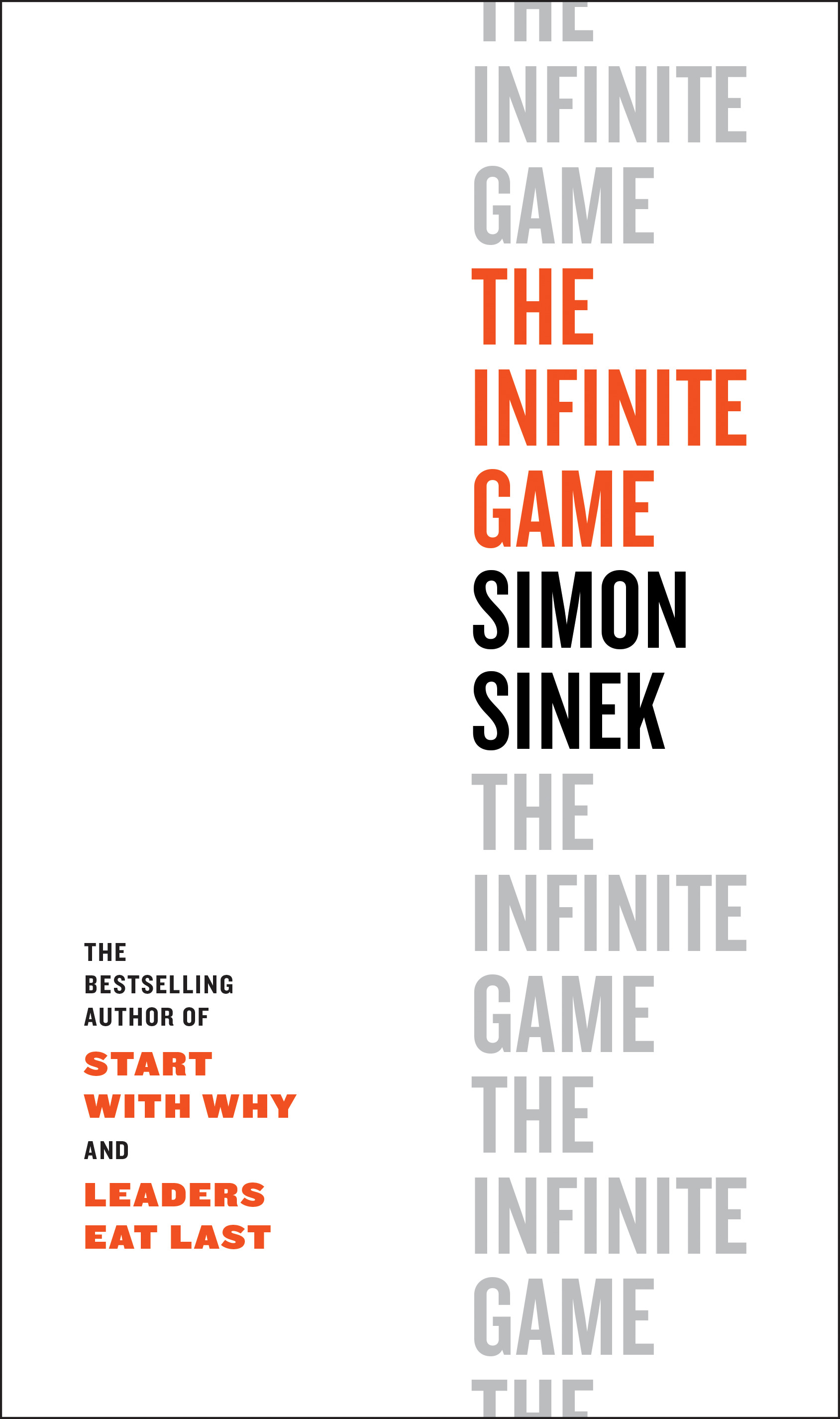 The Infinite Game by Simon Sinek

In The Infinite Game, Sinek says, “In infinite games, like business or politics or life itself, the players come and go, the rules are changeable, and there is no defined endpoint. There are no winners or losers in an infinite game; there is only ahead and behind.

The leaders who embrace an infinite mindset, in stark contrast, build stronger, more innovative, more inspiring organizations. Their people trust each other and their leaders. They have the resilience to thrive in an ever-changing world, while their competitors fall by the wayside. Ultimately, they are the ones who lead the rest of us into the future.

Any worthwhile undertaking starts with Why – the purpose, cause or belief that inspires us to do what we do and inspires others to join us. Good leaders know how to build Circles of Safety that promote trust and cooperation throughout their organizations. But that’s not enough to help us chart a course through the unpredictable, often chaotic landscape of today’s marketplace.”

Sinek believes that the ability to adopt an infinite mindset is a prerequisite for any leader who aspires to leave their organization in better shape than they found it. 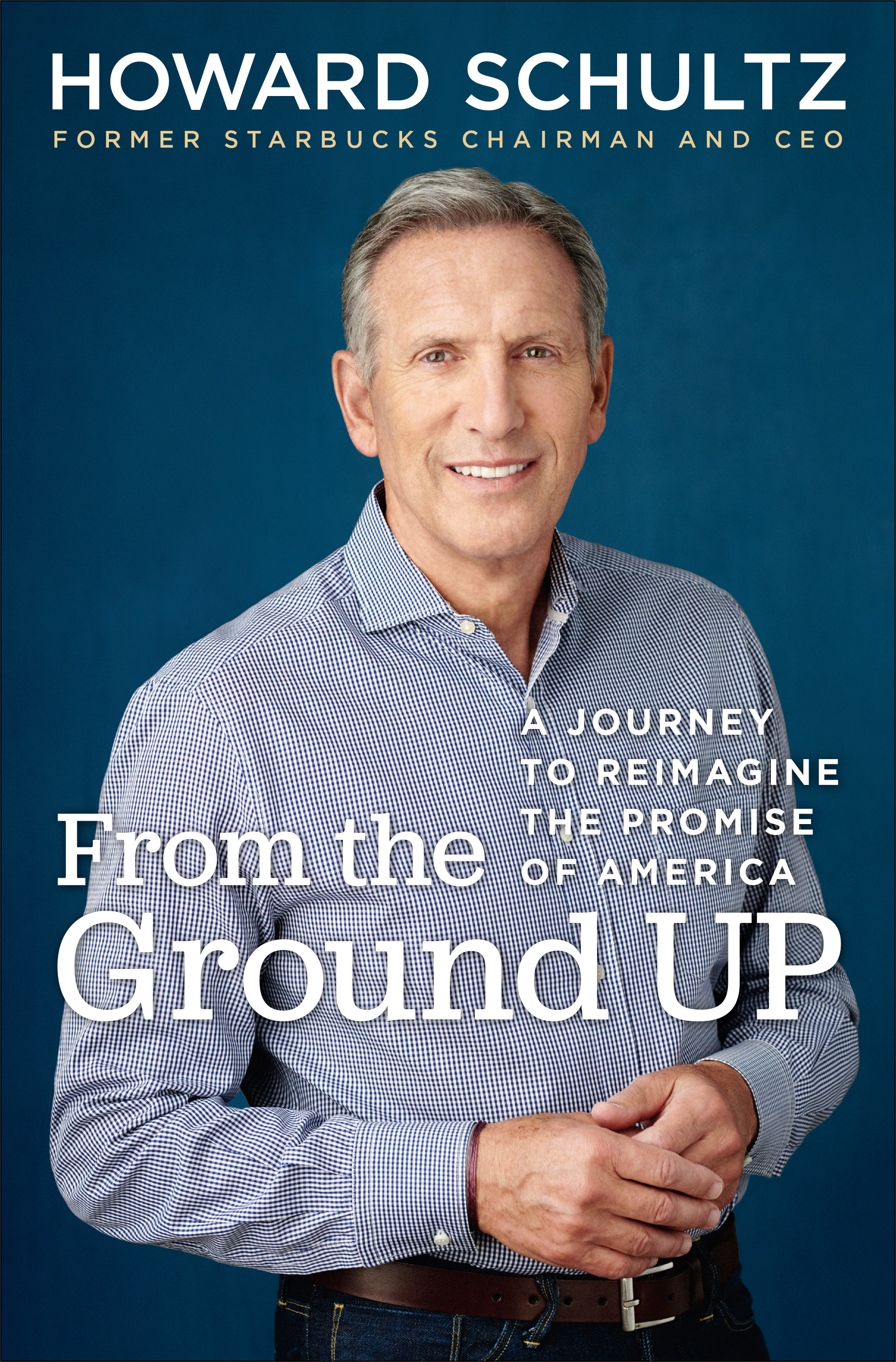 From the Ground Up: A Journey to Reimagine the Promise of America by Howard Schultz

From the longtime CEO and chairman of Starbucks, a bold, dramatic work about the new responsibilities that leaders, businesses, and citizens share in American society today—as viewed through the intimate lens of one man’s life and work.

What do we owe one another? How do we channel our drive, ingenuity, even our pain, into something more meaningful than individual success? And what is our duty in the places where we live, work, and play?

These questions are at the heart of the American journey. They are also ones that Howard Schultz has grappled with personally since growing up in the Brooklyn housing projects and while building Starbucks from eleven stores into one of the world’s most iconic brands.

In From the Ground Up, Schultz looks for answers in two interwoven narratives. One story shows how his conflicted boyhood—including experiences he has never before revealed—motivated Schultz to become the first in his family to graduate from college, then to build the kind of company his father, a working-class laborer, never had a chance to work for: a business that tries to balance profit and human dignity. 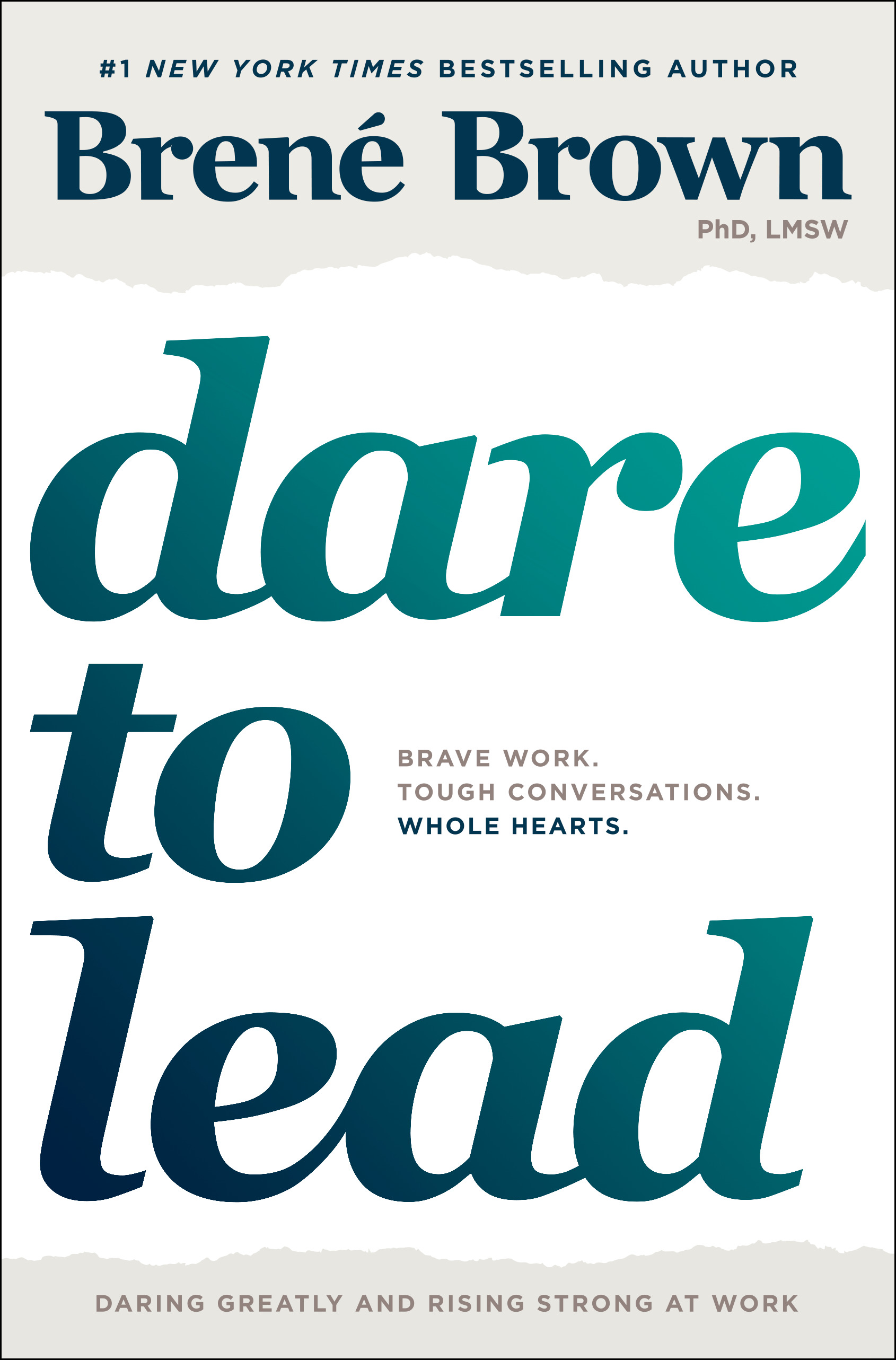 Brené Brown has taught us what it means to dare greatly, rise strong, and brave the wilderness. In Dare to Lead, based on new research conducted with leaders, change makers, and culture shifters, she’s showing us how to put those ideas into practice so we can step up and lead.

When we dare to lead, we don’t pretend to have the right answers; we stay curious and ask the right questions. We don’t see power as finite and hoard it; we know that power becomes infinite when we share it with others. We don’t avoid difficult conversations and situations; we lean into vulnerability when it’s necessary to do good work.

But daring leadership in a culture defined by scarcity, fear, and uncertainty requires skill-building around traits that are deeply and uniquely human. The irony is that we’re choosing not to invest in developing the hearts and minds of leaders at the exact same time as we’re scrambling to figure out what we have to offer that machines and AI can’t do better and faster. What can we do better? Empathy, connection, and courage, to start. 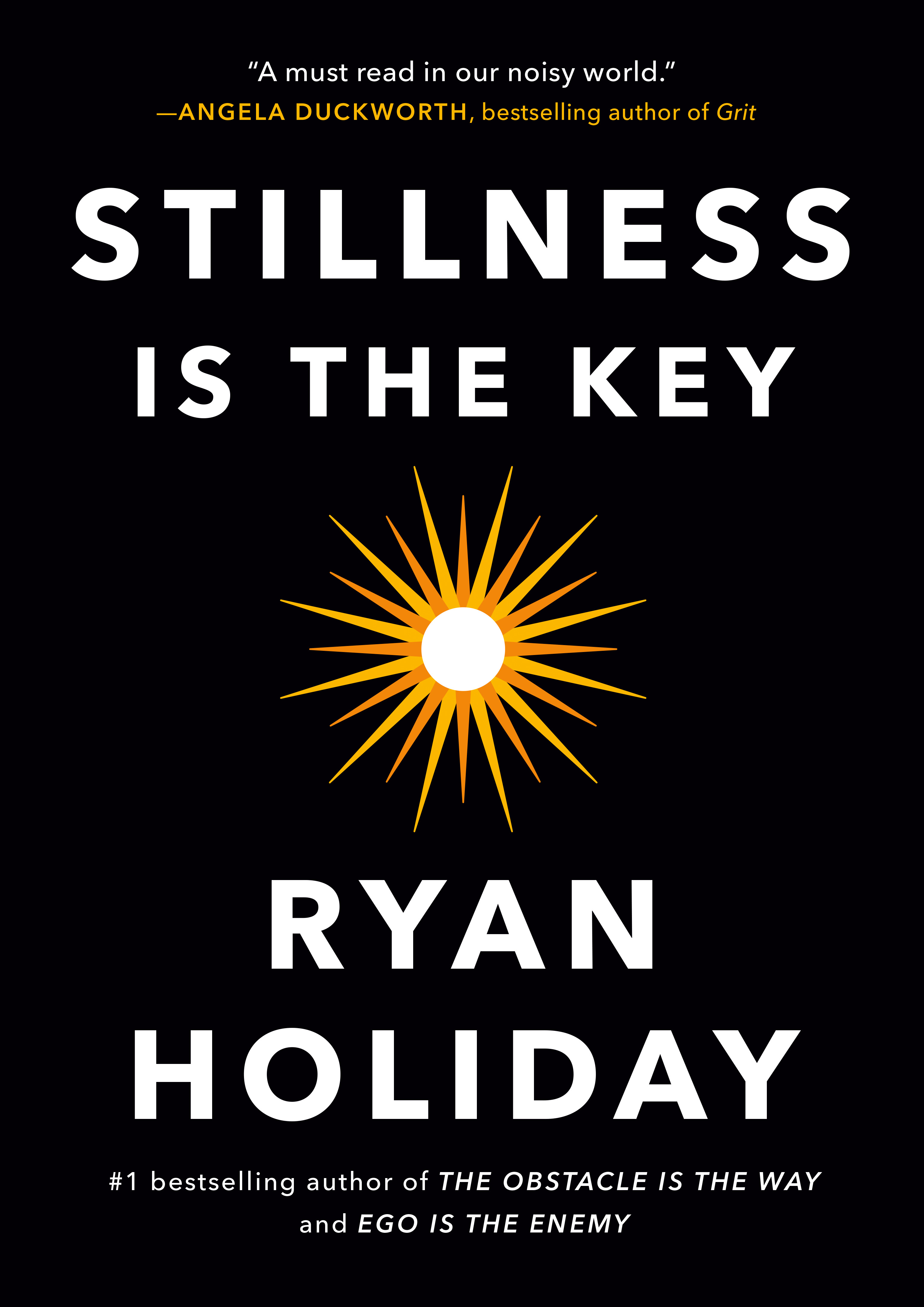 Stillness Is the Key by Ryan Holiday

In The Obstacle Is the Way and Ego Is the Enemy, bestselling author Ryan Holiday made ancient wisdom wildly popular with a new generation of leaders in sports, politics, and technology. In Stillness Is the Key, Holiday draws on timeless Stoic and Buddhist philosophy to show why slowing down is the secret weapon for those charging ahead.

All great leaders, thinkers, artists, athletes, and visionaries share one indelible quality. It enables them to conquer their tempers. To avoid distraction and discover great insights. To achieve happiness and do the right thing. Ryan Holiday calls it stillness–to be steady while the world spins around you.

In this book, he outlines a path for achieving this ancient, but urgently necessary way of living. Drawing on a wide range of history’s greatest thinkers, from Confucius to Seneca, Marcus Aurelius to Thich Nhat Hanh, John Stuart Mill to Nietzsche, he argues that stillness is not mere inactivity, but the doorway to self-mastery, discipline, and focus. 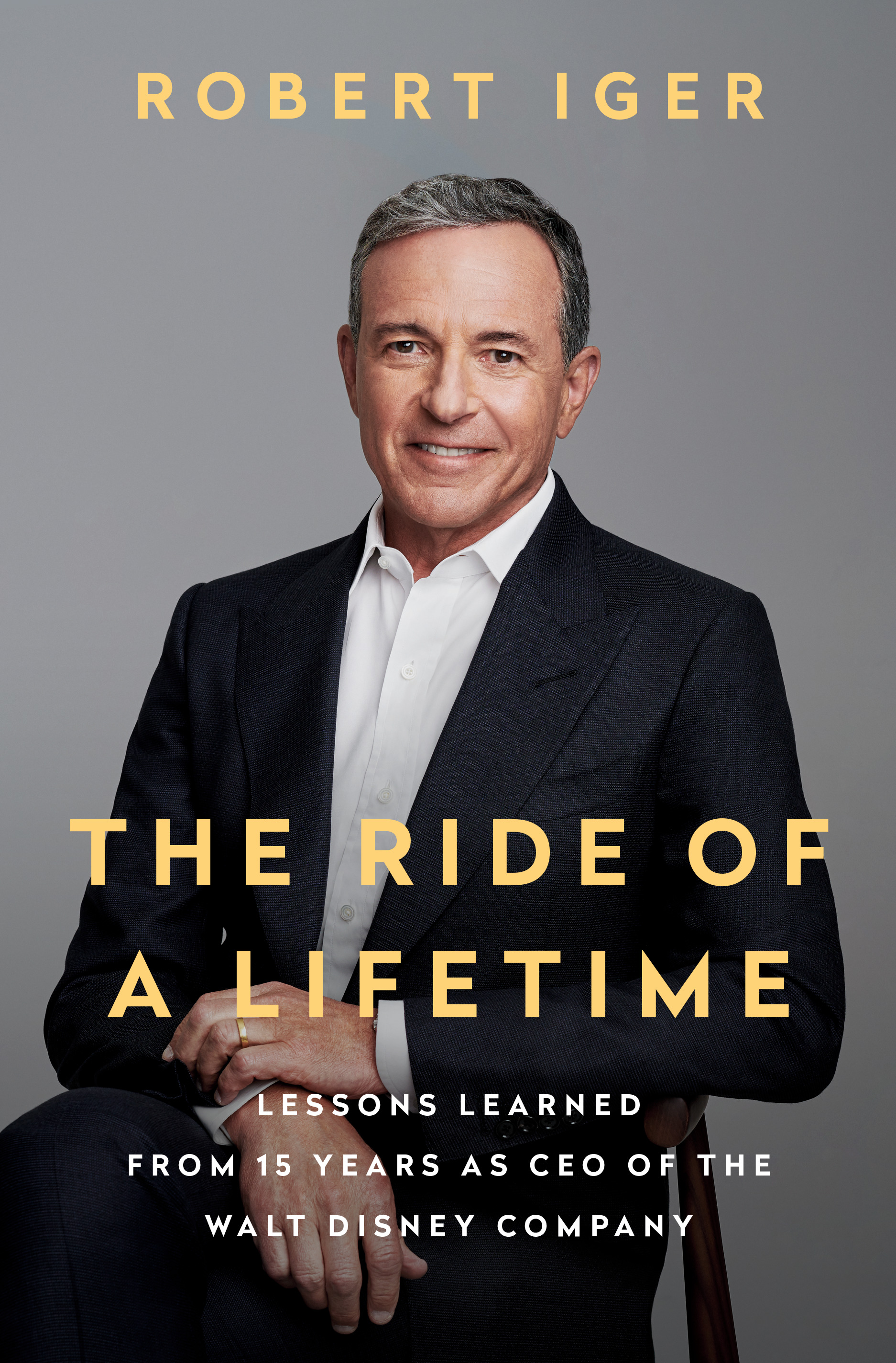 The Ride of a Lifetime: Lessons Learned from 15 Years as CEO of the Walt Disney Company by Robert Iger

A grand vision defined: The CEO of Disney, one of Time’s most influential people of 2019, shares the ideas and values he embraced to reinvent one of the most beloved companies in the world and inspire the people who bring the magic to life.

Robert Iger became CEO of The Walt Disney Company in 2005, during a difficult time. Competition was more intense than ever and technology was changing faster than at any time in the company’s history. His vision came down to three clear ideas: Recommit to the concept that quality matters, embrace technology instead of fighting it, and think bigger—think global—and turn Disney into a stronger brand in international markets.

Twelve years later, Disney is the largest, most respected media company in the world, counting Pixar, Marvel, Lucasfilm, and 21st Century Fox among its properties. Its value is nearly five times what it was when Iger took over, and he is recognized as one of the most innovative and successful CEOs of our era.

In The Ride of a Lifetime, Robert Iger shares the lessons he’s learned while running Disney and leading its 200,000 employees, and he explores the principles that are necessary for true leadership.