Read Along with PBS’s The Vietnam War 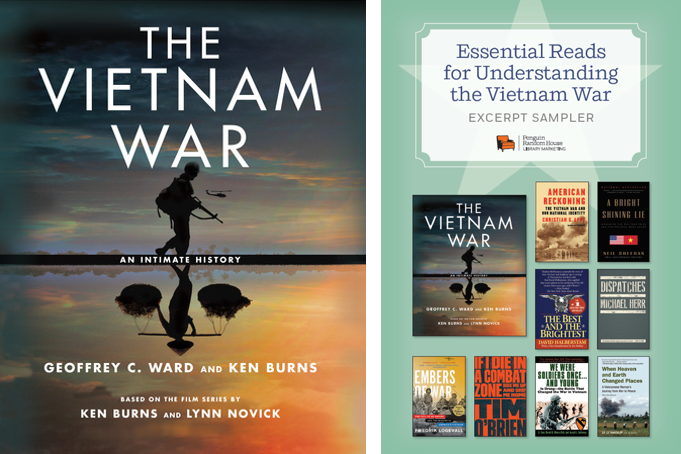 From the award-winning historian and filmmakers of The Civil War, Baseball, The War, The Roosevelts, and others, The Vietnam War by Geoffrey C. Ward and Ken Burns is the companion volume to the major, multipart PBS film airing September 17th in which Burns, along with Lynn Novick, tell the epic story of the war as it has never-before been told on film. Both the film and the companion volume feature testimony from those on both sides of the conflict, and are certain to launch a new national conversation. Watch the trailer for the documentary below.

To help you brush up further on your history, we’ve also created a Sampler featuring excerpts from bestselling and classic works about the Vietnam War, Embers of War and The Best and the Brightest. This sampler is perfect for history buffs and those who are eager to learn more about one of America’s most contentious wars.

Click to Read an Excerpt from The Vietnam War by Geoffrey C. Ward and Ken Burns.