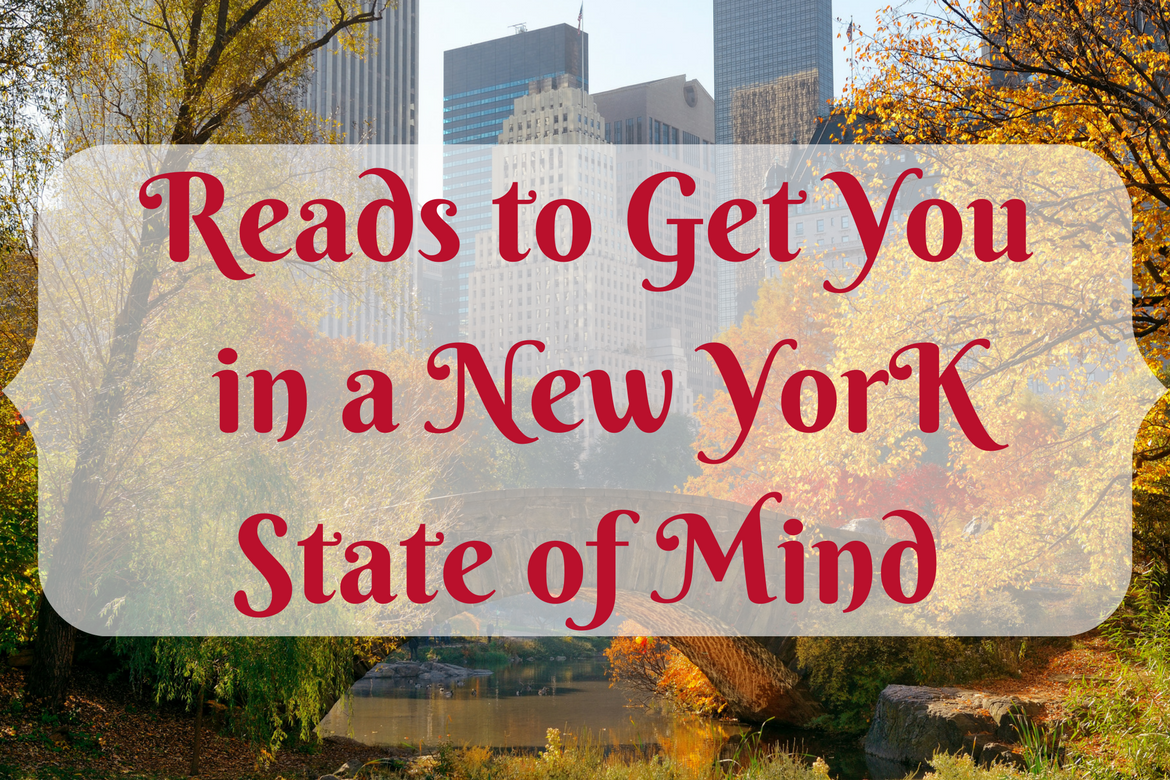 Whether you’re watching the leaves change color in Central Park, walking along the Hudson, or immersing yourself in the taste of fall at Cider Week, we can’t deny that New York is at its best during the cool, crisp days of autumn. But even if you can’t be there, we’ve compiled a list of fantastic reads that will take you straight into the heart of one of the greatest cities in the world. 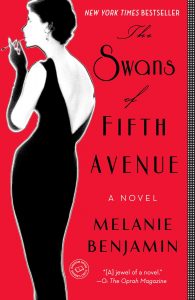 The bestselling author of The Aviator’s Wife will seduce and startle readers as she opens the door onto one of America’s most sumptuous eras.

Of all the glamorous stars of New York high society, none blazes brighter than Babe Paley. Her flawless face regularly graces the pages of Vogue, and she is celebrated and adored for her ineffable style and exquisite taste. By all appearances, Babe has it all: money, beauty, influential friends, a prestigious husband, and gorgeous homes. But beneath this elegantly composed exterior dwells a passionate woman—a woman desperately longing for true love and connection.

Enter Truman Capote. This diminutive golden-haired genius with a larger-than-life personality explodes onto the scene, setting Babe and her circle of Swans aflutter. Through Babe, Truman gains an unlikely entrée into the enviable lives of Manhattan’s elite, along with unparalleled access to the scandal and gossip of Babe’s powerful circle. Sure of the loyalty of the man she calls “True Heart,” Babe never imagines the destruction Truman will leave in his wake. But once a storyteller, always a storyteller—even when the stories aren’t his to tell.

“The City That Never Sleeps” 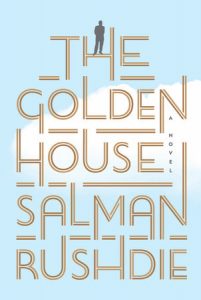 Set against the strange and exuberant backdrop of current American culture and politics, The Golden House is a hurtling, page-turning mystery that is equal parts The Great Gatsby and The Bonfire of the Vanities.

On the day of Barack Obama’s inauguration, an enigmatic billionaire from foreign shores takes up residence in the architectural jewel of “the Gardens,” a cloistered community in New York’s Greenwich Village, and the residents are immediately intrigued by the eccentric newcomer and his family.

Their neighbor René, an ambitious young filmmaker researching a movie about the Goldens, ingratiates himself into their household. Seduced by their mystique, he is inevitably implicated in their quarrels, their infidelities, and, indeed, their crimes. 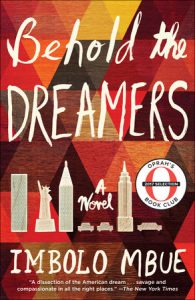 Behold the Dreamers by Imbolo Mbue

An Oprah Book Club Pick and a compulsively readable debut novel about marraige, immigration, class, race, and the trapdoors in the American Dream.

Jende Jonga, a Cameroonian immigrant living in Harlem, has come to the United States to provide a better life for himself, his wife, Neni, and their six-year-old son. In the fall of 2007, Jende can hardly believe his luck when he lands a job as a chauffeur for Clark Edwards, a senior executive at Lehman Brothers and Clark’s wife, Cindy, offers Neni temporary work at the Edwardses’ summer home in the Hamptons. With these opportunities, Jende and Neni can at last gain a foothold in America and imagine a brighter future.

However, the world of great power and privilege conceals troubling secrets, and soon Jende and Neni notice cracks in their employers’ façades.

When the financial world is rocked by the collapse of Lehman Brothers, all four lives are dramatically upended and Jende and Neni are forced to make an impossible choice. 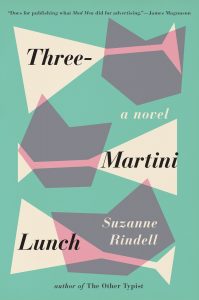 From the author of The Other Typist comes an evocative, multilayered story of ambition, success, and secrecy in 1950s New York.

In 1958, Greenwich Village buzzes with beatniks, jazz clubs, and new ideas. Nelson, the son of a successful book editor, is convinced he’s the next Kerouac, if only his father would notice. Eden Katz dreams of being an editor but is shocked when she encounters roadblocks to that ambition. And Miles Tillman, a talented black writer from Harlem, seeks to learn the truth about his father’s past, finding love in the process.

Though different from one another, all three share a common goal: to succeed in the competitive and uncompromising world of book publishing. As they reach for what they want, they come to understand what they must sacrifice, conceal, and betray to achieve their goals, learning they must live with the consequences of their choices.

“There Are 8 Million Stories in the Naked City” 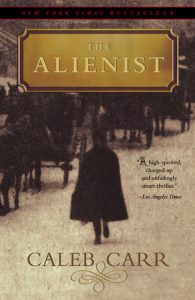 The Alienist by Caleb Carr

When The Alienist was first published in 1994, it was a phenomenon, and now it is soon to be a TNT original series.

The year is 1896. The city is New York. Newspaper reporter John Schuyler Moore is summoned by his friend Dr. Laszlo Kreizler—a psychologist, or “alienist”—to view the horribly mutilated body of an adolescent boy abandoned on the unfinished Williamsburg Bridge. From there the two embark on a revolutionary effort in criminology: creating a psychological profile of the perpetrator based on the details of his crimes.

Fast-paced and riveting, infused with historical detail, The Alienist conjures up Gilded Age New York, with its tenements and mansions, corrupt cops and flamboyant gangsters, shining opera houses and seamy gin mills. It is an age in which questioning society’s belief that all killers are born, not made, could have unexpected and fatal consequences.

Click to Watch the Trailer for the Upcoming TNT Series. 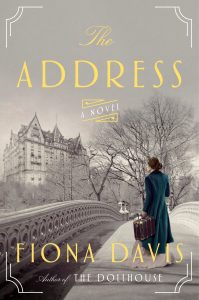 The Address by Fiona Davis

Fiona Davis, author of The Dollhouse, returns with a compelling novel about a secret hidden behind the walls of The Dakota, New York City’s most famous residence.

It’s 1884 and, after a failed apprenticeship, working her way up to head housekeeper of a posh London hotel is more than Sara Smythe ever thought she’d make of herself. But when a chance encounter with Theodore Camden, one of the architects of a grand New York apartment house, leads to a job offer and the opportunity to move to New York Sara suddenly finds herself as the manager of The Dakota.

One hundred years apart, Sara and Bailey are both tempted by and struggle against the golden excess of their respective ages and take refuge and solace in the Upper West Side’s gilded fortress.

In 1985, Bailey Camden, the late Theodore Camden’s non-biological granddaughter, is homeless, jobless, and penniless—overseeing the renovation of Camden’s biological great-granddaughter’s lavish Dakota apartment. But a building with a history as rich—and often tragic—as The Dakota’s can’t hold its secrets forever, and what Bailey discovers in its basement could turn everything she thought she knew about Theodore Camden—and the woman who killed him—on its head.

“Only In New York” 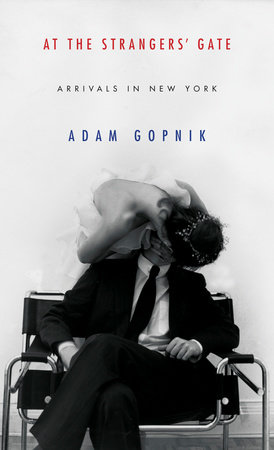 From The New York Times best-selling author of Paris to the Moon and beloved New Yorker writer, comes a memoir that captures the romance of New York City in the 1980s.

When Adam Gopnik and his soon-to-be-wife, Martha, left the comforts of home in Montreal for New York, the city then, much like today, was a pilgrimage site for the young, the arty, and the ambitious. But it was also becoming a city of greed, where both life’s consolations and its necessities were increasingly going to the highest bidder.

Gopnik transports us to his tiny basement room on the Upper East Side, and later to SoHo, where he captures a unicorn: an affordable New York loft. He takes us through his professional meanderings, from graduate student-cum-library-clerk to the corridors of Condé Nast and the galleries of MoMA.

Between tender and humorous reminiscences, Gopnik discusses the ethics of ambition, the economy of creative capital, and the peculiar anthropology of art and aspiration in New York, then and now. 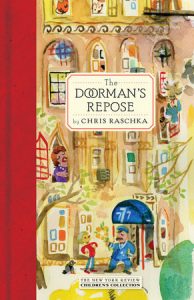 The Doorman’s Repose by Chris Raschka

From Caldecott Award winner Chris Raschka comes the tales of unforgettable characters who live in a NYC apartment building.

Some of us look up at those craggy, mysterious apartment buildings found on the posher parts of New York City and wonder what goes on inside. The Doorman’s Repose collects ten stories about 777 Garden Avenue, one of the craggiest. The first story recounts the travails of the new doorman, who excels at all his tasks except perhaps the most important one—talking baseball. Others tell of a long-forgotten room, a cupid-like elevator, and the unlikely romance of a cerebral psychologist and a jazz musician, both of whom are mice. They stories about what happens when many people, strangers or kin, live together under one roof.

Want to extend your stay in New York? Enter our New York Books giveaway for your chance to win finished copies of Poems of New York and New York Stories, two classic collections that will satisfy your craving for that one-of-a-kind New York experience.

Read Along with PBS’s The Vietnam War