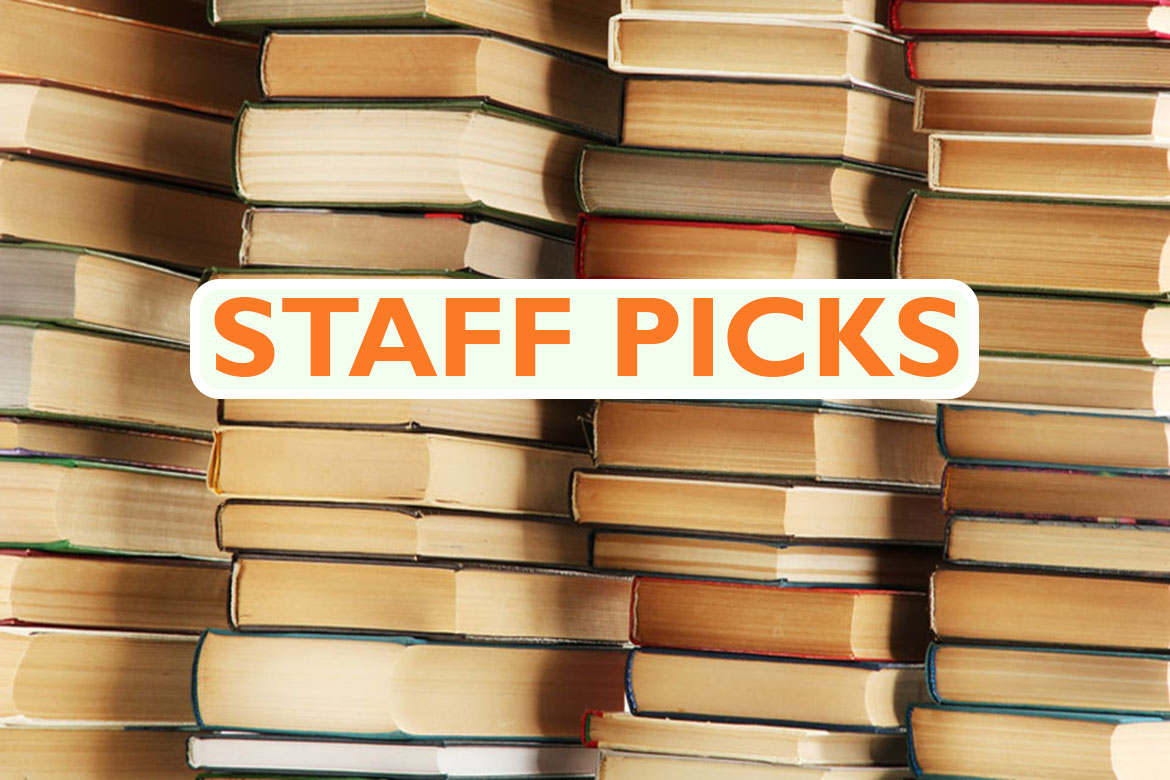 Staff Picks for Your Beach Bags!

Erica’s Pick: Dark Matter by Blake Crouch, #1 LibraryReads Pick
“My pulse raced and my heart stopped, this page-turner has adventure, science, danger, and romance all rolled into one amazing read. It starts with Jason kidnapped at gunpoint, injected with some unknown drug, and waking up in a world where his house is not his house. His wife is not his wife. His son was never born. And someone is hunting him. For fans of thrillers with a foot in science-fiction territory, like The Martian and The Passage and for readers of Harlan Coben, Lee Child and John Sanford.”

Elizabeth’s Pick: The Last One by Alexandra Oliva, #3 LibraryReads Pick
“Fans of Station Eleven and The Passage take note: Oliva’s thrilling debut is right up your alley. Twelve reality TV contestants are sent into the woods to test the limits of endurance. While there, something terrible happens in the real world. Cut off from society, the contestants know nothing of the destruction. When one does stumble upon it, she can imagine only that it is part of the game. Sophisticated and provocative, this is a high-concept novel of psychological suspense about media, reality, and how easily we are manipulated.”

Jen’s Pick: Sweetbitter by Stephanie Danler, #4 LibraryReads Pick
“This delicious debut novel had me reminiscing about my restaurant days as I followed young Tess—and her awakening to food, life, love, and heartbreak—after she stumbles into a coveted job as a ‘backwaiter’ at a famous Union Square restaurant. Kitchen Confidential meets The Devil Wears Prada in this beautifully crafted coming-of-age story.”

Dominique’s Pick: Under the Harrow by Flynn Berry, #3 LibraryReads Pick
“Opening with Nora finding her sister and dog brutally murdered, this book took me on a roller-coaster ride filled with twists and turns I could not imagine. Nora does everything to find her sister’s murderer, but she finds out more about her sister than she thought she knew. This book had me guessing until the very end, and I gasped out loud. A great debut for readers of mystery and thrillers.”

Maureen’s Pick: Watching Edie by Camilla Way
“I was instantly captured by Edie, the beautiful wild child with ambition, causing a stir everywhere, whose life takes a turn she might never have imagined, leaving her pregnant and alone, until her old friend Heather comes into her life just when Edie needs her the most. Was this a coincidence? With unimaginable twists and turns, Watching Edie is a psychological thriller you will not want to put down. Perfect for readers of The Girl on the Train.”

Celebrate the Fourth of July with These Delicious Reads!