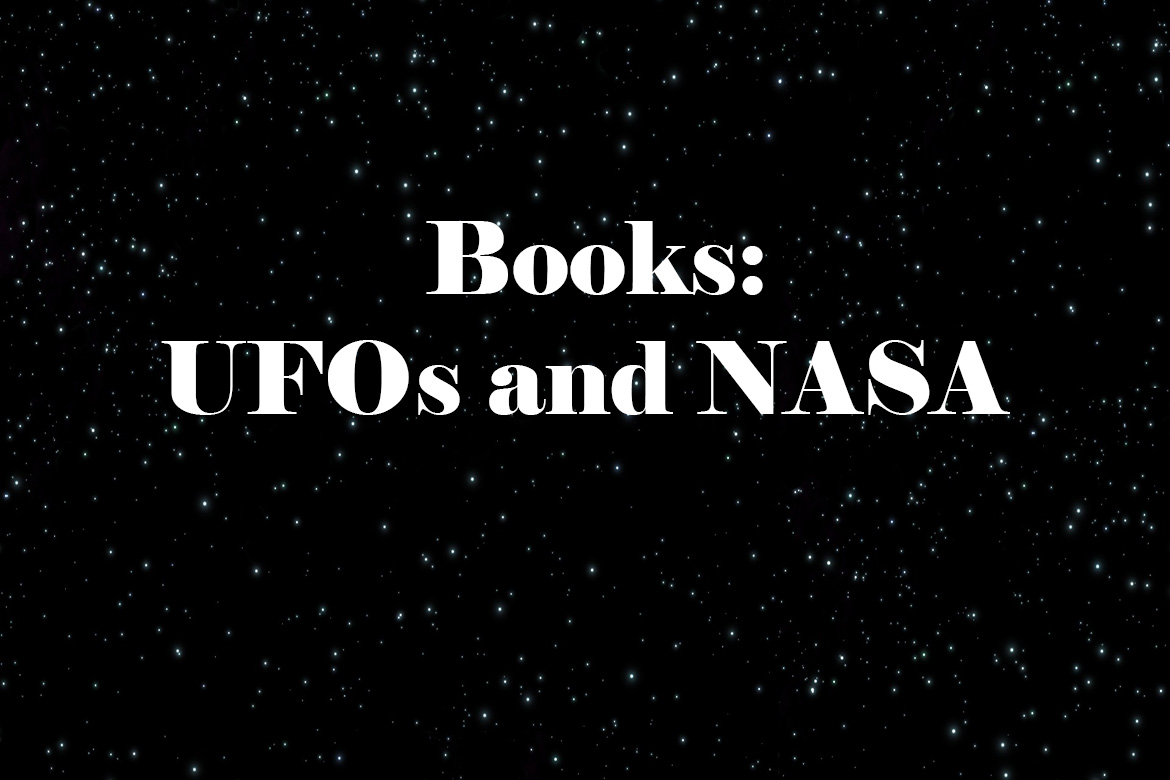 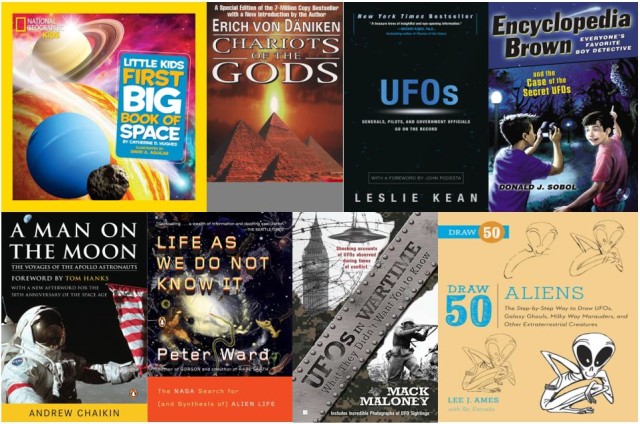 Neil Armstrong and Buzz Aldrin were the first humans to walk on the moon on July 20th, 1969. Since then, space exploration continues to fascinate and propel science and entrepreneurs. However, NASA has recently been “trending” for another reason–their cameras cut out just after showing an unidentified flying object leading to questions and conspiracy theories along the lines of “what does NASA not want us to see?” NASA responded that the station “regularly passes out of range,” which causes the video signal to disappear. To satisfy piqued interest in UFOs we have objects to identify ourselves . . . in the way of books!

Little Kids First Big Book of Space by Catherine D. Hughes
This beautiful book is the latest addition to the National Geographic Little Kids First Big Book series. These colorful pages will introduce young children to the wonders of space, with colorful illustrations by David Aguilar and simple text that is perfect for beginning readers or for reading aloud. The book will explain basic concepts of space, beginning with what is most familiar to kids and expanding out into universe.

Chariots of the Gods by Erich Von Daniken
Erich von Däniken examines ancient ruins, lost cities, spaceports, and a myriad of hard scientific facts that point to extraterrestrial intervention in human history. Most incredible of all, however, is von Däniken’s theory that we are the descendants of these galactic pioneers—and he reveals the archeological discoveries that prove it…

UFOs by Leslie Kean
Kean reviewed hundreds of government documents, aviation reports, radar data, and case studies with corroborating physical evidence. She carefully examined scientifically analyzed photographs and interviewed dozens of high-level officials and aviation witnesses from around the world. With the support of former White House chief of staff John Podesta, Kean draws on her research to separate fact from fiction and to lift the veil on decades of U.S. government misinformation. Throughout, she presents irrefutable evidence that unknown flying objects—metallic, luminous, and seemingly able to maneuver in ways that defy the laws of physics—actually exist.

A Man on the Moon by Andrew Chaikin
This acclaimed portrait of heroism and ingenuity captures a watershed moment in human history. The astronauts themselves have called it the definitive account of their missions. On the night of July 20, 1969, our world changed forever when Neil Armstrong and Buzz Aldrin walked on the moon. Based on in-depth interviews with twenty-three of the twenty-four moon voyagers, as well as those who struggled to get the program moving, A Man on the Moon conveys every aspect of the Apollo missions with breathtaking immediacy and stunning detail.

Life as We Do Not Know It by Peter Ward
An engrossing and revelatory first look at the search for alien life—on Earth and beyond. For the past twenty years, Peter Ward has been at the forefront of popular science writing, with books such as the influential and controversial Rare Earth. In Life as We Do Not Know It, Ward, with his signature blend of eloquence, humor, and learned insight, vividly details the latest scientific findings, cutting-edge research, and intrepid new theories on the subject of alien life and the possible extraterrestrial origins of life on Earth. In lucid, entertaining, and bold prose, Peter Ward once again challenges our notions of life on earth (and beyond).

UFOs in Wartime by Mack Maloney
Although often written off as myths, UFOs are found in Renaissance Art, on ancient coins, etched on cave walls-and even reported in the Bible. Even more surprising is when they are documented most: in times of war. These sightings are made by high ranking officials, soldiers, and newsreporters. Why do these sightings spike so drastically during wartime? Could it be mistaken aircraft? Or is someone-or something- looking in on us?

Draw 50 Aliens by Lee J. Ames
An ideal tool for young artists or the parent or teacher seeking to help a child master their artistic skills, Draw 50 Aliens includes creatures from every walk of the galaxy: Ames gives instructions for drawing UFOs, Nebula Nomads, Milky Way Marauders, and every other type of extraterrestrial. And, in the tradition of the Draw 50 series, all of these characters are humorous, lovable, and very accessible for children.

Reads for the 2016 Summer Games 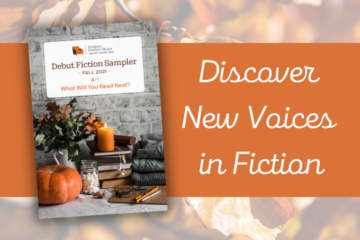